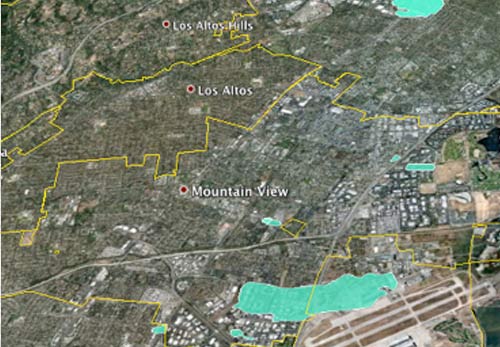 Groundwater contamination plumes often migrate off-site beyond the site where the chemicals were released.   The fate of the off-site plume poses a vexing risk management challenge for the regulator, potential responsible parties and even affected local governments.  Terradex’s LandWatch is an efficient and effective adjunct to the risk management plan for an off-site plume. LandWatch informs the risk manager when sensitive activities or uses that could compromise the plan are likely to occur. As a helpful corollary, LandWatch can report that these unsafe activities have not occurred and thereby bring greater confidence to the success of the risk management plan. Regulatory oversite agencies and local government can have greater surety that residual plumes will not impact the communities migrate beneath.

So what are the challenges posed by off-site groundwater plumes? Risk management plans often are postulated on the ability to control or limit activities that would be impacted by the residual contamination.  The most problematic plumes are relatively shallow and contain disolved persistent volatile organic chemicals. The risk management plan for an off-site plume offers to restrict the use of groundwater for drinking, control the extraction of groundwater from basements or dewatering, or limit the inhalation of volatiles from vapor intrusion.  However, controlling land use and activity is difficult when the residual occurs beyond the property where the spill originated.  Covenants on off-site properties are typically not practicable as many impacted landowners will not agree to a restriction on their property. Even locally enacted groundwater ordinances can falter as their effectiveness is only as strong as the local government’s oversite vigilance.

Vapor intrusion is an additional risk management challenge introduced when off-site groundwater plumes contain volatile organics compounds. The risk management plan needs to confront new exposure pathways introduced by the development of occupied basements, or changes in occupancy such as the start of a new day care center. When a residential neighborhood contains hundreds of properties, tracking the occurrence of these potential new pathways demands new approaches for monitoring.

Terradex LandWatch makes a risk management plan smarter and more effective by informing the plan of new exposure risks.  Terradex works like a land activity and use smoke alarm that alerts the risk manager to potential unsafe events inside the plume area. When the plan relies upon controlling drilling, excavation or occupancies, the plan is bolstered when knowledge of likelihood of these events are transmitted before not after the event.  Terradex LandWatch provides just this continuous monitoring and alert service.

Let’s consider a scenario where LandWatch is applied to an off-site plume. In the figure below, a shallow groundwater plume (red) migrates from a site (Zone A) through a commercial zone (Zone B) into a residential zone (Zone C).  The site property has been sold and the plume remediated to the extent practicable. The post remediation risk management includes a deed restriction on the site, and an off-site risk management plan premised on controlling sensitive land activities and use.  An emerging concern in the residential zone (Zone C) pertains to vapor intrusion into residential basements.

For this off-site groundwater plume scenario, risk management objectives are set for three LandWatch monitoring zones. The relationship between risk management zones and monitoring zones is shown in the table below. Associated with each zone are land activities and uses Terradex would monitor, and the alert criteria that is set.  In Zone A, LandWatch would help manage risk by alerting if an excavation contractor was likely to dig in the vicinity of a liner, or alert if a new property owner purchased the property. An additional feature is the tracking of financial health, such that if property owners faced bankruptcy, a responsible party could note that their reliance on a current owner might be jeopardized.  In Zone B, a common risk management objective in commercial zones is controlling development of groundwater, and limiting sensitive uses like childcare. Terradex LandWatch would alert the risk manager in the event of drilling new water wells, when excavations occur to a depth that might encounter groundwater or when a new day care is licensed.  In Zone C, the residential zone, LandWatch can compliment a vapor intrusion management program. Terradex collects data indicating new occupants, and the risk manager can then provide appropriate advisories.  Also, by tracking building permits or excavations, Terradex can know if an project is being constructed where exposure to vaporized contaminants could occur.  Terradex can be a companion to any residential project, offering a way to oversee these sensitive use areas.

The Terradex LandWatch is ready to be deployed as a helpful companion to a risk management plan for an offsite plume.  The service is offered as a subscription dependent upon the number of zones applied and the data sources selected.  Terradex in the setup process asks for a copy of the risk management plan, and then will propose the applicable data sources and zone configuration.  Most agencies know and have comfort with the Terradex LandWatch process. 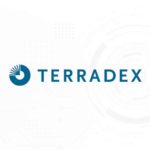 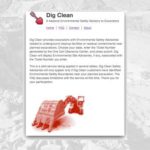