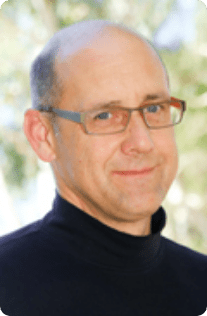 In addition to building the Terradex business, Bob established new modern methods for remedy stewardship. He and Peter Biffar obtained a patent for the business processes underlying Terradex LandWatch. While much of the industry focused on cleaning up the contaminated sites, Bob realized that even after “cleanup” residuals would persist and need to be managed indefinitely. He worked with numerous state organizations to bring forward these best practices including ASTSWMO, ITRC, and ECOS. He was the first chairperson of the ASTM Task Group that drafted procedures to implement “Continuing Obligations” at brownfield properties that prescribed post-acquisition affirmative obligations required for landowners seeking superfund liability protections.

Bob’s role at Terradex has blended with his lifelong interest in community service and the environment. Beginning in the late 1960s, he worked in the recycling movement. At Stanford, he created a prototype curbside recycling system that later was launched across the City of Palo Alto, which was one of the first municipal scale recycling systems. Bob also founded the first Repair Cafe in America and continues to advocate for the proper management of plastic and paper wastes exported internationally.

International engagement has also been a focus for Bob. He serves as President of Neighbors Abroad, the official sister city organization for Palo Alto where he has embarked on international sustainability projects, including facilitating the first carbon offset purchase between California and Mexico. With his son and other friends, Bob has created a mezcal brand, Huxal Mezcal, that is a social benefit business supporting the firefighters of Oaxaca, Mexico.